We are located at 150 Rose Valley Blvd, Anderson, SC 29621.
Across from The Anderson Civic Center.
The Main entrance is on Martin Luther King Jr. Blvd.
For more information concerning Anderson Christmas Lights please feel free to contact us.
andersonlightsofhope@gmail.com
Make sure to follow all traffic direction signs in the park.  We only have one way streets.
email:  info@andersonchristmaslights.org
Anderson Christmas Lights Office  (864) 437-8142
Our Cell # (864) 934-9523 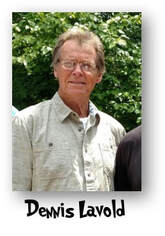 Anderson Lights of Hope started out over two decades ago as a drive through Christmas light show as a fundraiser for Easter Seals of South Carolina. The purpose of the light show was to help spread Christmas cheer through the upstate while giving back to Easter Seals. In 2003, Easter Seals announced the closure of the Anderson office. With this the Christmas lights were going to be sold.  Co-Founders Dennis Lavold and Ben Phillips agreed together not to let Lights of Hope end in Anderson.
In all the years Dennis and Ben have run this event, neither has taken a paycheck or cut from the profits. They use their volunteered personal time, and funding from their pockets when sponsorship is not there.
As Anderson Lights of Hope grew as a non-profit organization, so did our programs, and events. Anderson Lights of Hope now hosts a number of events, including the Anderson Christmas Lights, the Upstate Regional Drill Championships, and more all to help raise awareness for local charities in Anderson County. Our goal is to help better the community, one step at a time.
2015 brought new change to the light festival after the agreement with the city ending the lease of Darwin Wright Park. The city of Anderson’s new plans for Darwin Wright Park made it unusable for the light show. Following this the county offered Whitehall Park on a 25 year lease for Lights of Hope to host the light show. Dennis and Ben spent an entire summer installing personally all 8.5 miles of electric cable underground and paying for it out of their pocket. ($180,000)  They agreed with Rusty Burns, Anderson County Administrator to not cost the county one dime, but would improve the park with time, sweat, and hard work.  Whitehall park is 45 acres with 2.5 miles of driving suited to view our light displays. Since upgrading to a larger park Anderson Lights of Hope decided to rebrand the light show bringing you Anderson Christmas Lights for the first time in 2015! 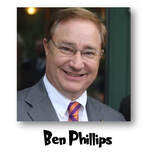 In 2017 the Veteran’s Stage was added to the Santa Village to allow more entertainment for the visitors. Dennis wrote a grant with Home Depot and the team put it together at a fraction of the regular cost. ($35,000) This place will be home to Spring and Fall USO style concerts in the coming years. 8 New displays arrived during the season and put up so each week something new was added. ($40,000).
2021 is our 28th year of operation for Lights of Hope.  This was an amazing year giving away thousands of dollars to local charities.  New displays and new things to do in the village.