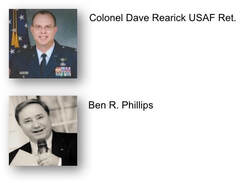 The Upstate Regional Drill Championships was founded in 2014, by Colonel David A. Rearick, who approached Ben Phillips, Executive Director of Anderson Lights of Hope about beginning a drill competition. With the resources between both individuals, the URDC was created.
Rearick joined the US Air Force in 1986 serving in multiple joint, staff and overseas assignments as a Cyber Warfare Officer. Colonel Rearick also served as a qualified Space Warfare and Personnel Officer.
He is a combat veteran serving in Operation DESERT SHIELD/DESERT STORM and Operation IRAQI FREEDOM. Colonel Rearick oversaw the communications planning for the longest combat sortie in history, when B-2 bombers flying from Whiteman AFB in Missouri struck multiple targets in Afghanistan during initial military operations in the war against terrorism.
Colonel Rearick awards include the Space and Missile Systems Center Lance P Sijan Leadership Award, Air Force Space Command Communications Officer of the Year, Air Force Special Operations Command Personnel Officer of the Year, and Strategic Air Command Combat Crew Communications Officer of the Year. His many decorations include the Legion of Merit, Bronze Star, Defense Meritorious Service Medal, Meritorious Service Medal, Southwest Asia Service Medal, Iraqi Campaign Medal, Global War on Terrorism Service Medal and the Korean Defense Service Medal.
Colonel Rearick served as the Vice Wing Commander, Goodfellow AFB, where he retired from active duty in 2011. He is now retired, former instructor of the Pendleton High School AFJROTC program. He resigned from the Drill Competition after the 2019 drill to retire to sunny Florida.


Ben Phillips, retired from television and radio broadcasting, brought the logistics, event management and financial means to create the event. Phillips named the event in honor of his grandfather, Colonel James L. Harden of Anderson, SC.
He attend schools in North Carolina and graduated from the University of Oklahoma in 1987 with a Masters in Broadcast Communications. Over his career he has interviewed 4 US Presidents, many Senators and Congress members while working with the NBC NewsChannel in Charlotte, NC.  He spent his last 4 years in Anderson SC, doing freelance reporting for WYFF-4.
His free time allowed him to travel, emcee several county events, including the Celebrate Anderson, Solar Eclipse at Green Pond Landing and many others.
Phillips family has been in Anderson County and traced back to before the American Reveloution. Decedent of David and Susan Sloan, Phillips family has had a military presence over the years.
Thank you to our sponsors and donators!
Would your business like to support/sponsor this event?  Please contact 864-933-2547